U.S. President Barack Obama revealed in an exclusive interview with Reuters late Monday that American officials do not actually know how far Iran really is from “breakout” – that is, how far from reaching the ability to create a nuclear weapon.

The reason for this is because Iran is still failing to come clean about its nuclear program.


“There is a substantial disagreement in terms of how to achieve that. And what it boils down to is what’s the best way to ensure that Iran is not developing a nuclear weapon.

“Prime Minister Netanyahu thinks that the best way to do that is either through doubling down on more sanctions or through military action, ensuring that Iran has absolutely no enrichment capabilities whatsoever. And there’s no expert on Iran or nuclear proliferation around the world that seriously thinks that Iran is going to respond to additional sanctions by eliminating its nuclear program.

“What we’ve said from the start is by organizing a strong sanctions regime, what we can do is bring Iran to the table. And by bringing Iran to the table, force them to have a serious negotiation in which a) we are able to see exactly what’s going on inside of Iran b) we’re able to create what we call a breakout period, a timeline where we know if they were to try to get a nuclear weapon it would take them a certain amount of time.

“And the deal that we’re trying to negotiate is to make sure that there’s at least a year between us seeing them try to get a nuclear weapon and them actually being able to obtain one.

“And as long as we’ve got that one-year breakout capacity, that ensures us that we can take military action to stop them if they were stop it. Now, we’re still in the midst of negotiations. What I’ve said consistently is, we should let these negotiations play out. If, in fact, Iran is agree, willing to agree to double-digit years of keeping their program where it is right now and, in fact, rolling back elements of it that currently exist …

OBAMA – Double digit years. If we’ve got that and we’ve got a way of verifying that, there’s no other steps we can take that would give us such assurance that they don’t have a nuclear weapon.

“Now, Iran may not agree to the rigorous inspection demands that we’re insisting on. They may not agree to the low levels of enrichment capabilities they would have to maintain to ensure that their breakout is at least a year. But if they do agree to it, it would be far more effective in controlling their nuclear program than any military action we could take, any military action Israel could take and far more effective than sanctions will be.

“And we know that because during the period in which we applied sanctions for over a decade, Iran went from about 300 or a couple of hundred centrifuges to tens of thousands of centrifuges in response to sanctions.

REUTERS – Let’s talk a little bit specifically about the prime minister. Susan Rice said that what he has done by accepting the invitation to speak was destructive to the fabric of the relationship. Would you agree that it’s destructive? And if so, will there be any consequences for him or for Israel?

OBAMA – You know, I think that Prime Minister Netanyahu is sincere about his concerns with respect to Iran. And given Iran’s record and given the extraordinarily disruptive and dangerous activities of this regime in the region, it’s understandable why Israel is very concerned about Iran. We are too. But what we’ve consistently said is we have to stay focused on our ultimate goal, which is preventing Iran from having a nuclear weapon. 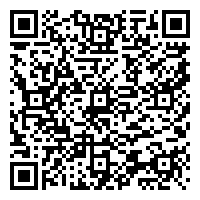