Here’s the traditional Mitzvah Tanz (dance) at the wedding of the granddaughter of the Sassover Rebbe in Bnei Brak earlier this week.

Don’t you agree this would have been much more fun to watch if everyone were wearing roller-skates? Imagine them gliding around the rink, the orchestra playing a Sassover niggun, joyous but still contemplative.


I only know Ken BaKodesh (Ps. 63:3), which was played by a bunch of stunned klezmers at the funeral of the original Sassover Rebbe, Rabbi Moshe Leib Erblich (1745–1807), one of the students of the Maggid of Mezeritch, who, in turn, had been the proverbial student of Reb Israel Baal Shem Tov, founder of Chassidism.

Imagine the bride and her father-in-law floating around the rink, solemn, restrained, complete in their celebration, the circles they form moving faster and faster, white and black satin exploding in brilliant reflections, revolve, revolve, as music and form converge in praise of the first commandment ever given to Man by God…

Here’s  Giora Feidman performing a snippet of Ken Bakodesh, then switching to Mitsva Gedola Li’hiot B’simcha, which is more popular but less interesting. Send me a standalone mp3 address of Ken Bakodesh if you have one. 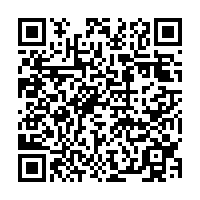