Americans earning income in the USA have to file taxes on or before April 15th, but what about Americans earning and living abroad? With the implementation of the Patriot Act as well as other laws, expatriate Americans face a whole slew of new reporting regulations. These laws make it necessary for Americans abroad to file reports…even if they don’t owe any taxes.

Unfortunately, many U.S. citizens living overseas are unaware of their reporting obligations towards to America. If they just fill in a basic tax form, they may think they’re done.


But they’re not. (There’s a lot more to do. At the bottom of this article, find out how to get a discount on The Expatriate’s Guide to Handling Money and Taxes.)

If you have more than $10,000 in assets overseas (on any single day of the year…if you transfer funds to buy real estate, or if you have a foreign bank account, or if you have a foreign pension fund, etc.) Uncle Sam wants to know about it. While the intentions behind filing the FBAR form were to make it more difficult to launder money and increase tax revenue, the real result has been to make life a nightmare for Americans living abroad.

Even honest folks who are unaware of their filing obligations are committing a criminal offense if they don’t file this report correctly by June 30of every year for the preceding tax year.

I discussed the issue of U.S. expats’ tax obligations with international tax specialist Ron Zalben, of Don Shrensky & Co, Jerusalem, to find out what U.S. olim need to know.

“Why are FBAR (Foreign Bank and Financial Accounts) and FATCA (Foreign Account Tax Compliance Act) forms causing so much trouble?” I asked.

Ron explained, “Since so many U.S. citizens living abroad have never filed a U.S. tax return (for legitimate or other reasons), it’s scary for them to now begin a relationship with the IRS.  They’re scared because of the uncertainty of dealing with the IRS – something they never have dealt with previously. This uncertainty causes panic and fear.  Starting shortly with FATCA, foreign banks will start sharing information of U.S. citizens’ bank accounts with the IRS.”

I asked Ron for specific tips on how to file the FBAR and he gave me these three ideas:

3. Organize the details of your income and foreign accounts for each tax year.

Indeed, although the idea of filling in a very long, complex tax form might seem rather daunting, approaching it in a systematic manner is helpful. Make sure to include all bank and savings accounts in your name, as well as any accounts you have authority over or a financial interest in (business accounts, non-profit organization treasurers, children’s accounts, etc.)

To further awareness of American expatriates’ reporting requirements both Ron and I contributed chapters to a new book, called The Expatriate’s Guide to Handling Money and Taxes. The idea behind the book is to spread the awareness of new tax legislation that has already had a profound effect on expats everywhere.

If you want to make sure that you fulfill your legal obligation to the U.S. government properly, download this book and be sure to implement the easy-to-follow checklist of things to do. For Jewish Press readers, get half off the regular price of the book by using the discount code JPRESS. Go to www.ExpatGuideToMoney.com and order now. The discount will expire on tax day, April 15th. 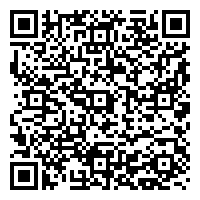