On today’s show David will try to get down to the facts regrading accusations made claiming that Stave Bannon and Sabastian Gorka are in some why antisemitic. He will be speaking with American economist and author, David P. Goldman, best known for his series of online essays in the Asia Times under the pseudonym Spengler. Also trying to understand how there departure from the White House might effect Israel’s interests and why many voices from within the Jewish community oppose these two high profile influences.

Fifty years ago in the Six Day War of 1967, the Heartland of Israel, Judea and Samaria where liberated from Jordanian occupation and in the words of Israeli national poet Natan Alterman “for the first time since the destruction of the the second Temple once again there is no difference between the Land of Israel and the State of Israel.”


Yesterday Prime Minister Netanyahu and Members of his government took part in huge celebration at Barkan in Shomron marking 50 years to the liberation of Israel’s Heartland, Judea and Samaria.

A Jump in the Number of Serious Patients in Israel 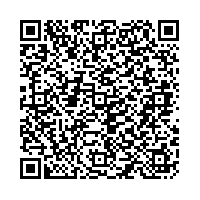