Do all Arabs hate Israel? Is there any hope for change? Today David will be speaking with Lebanese writer Fred Maroun who has become a big supporter of Israel. Growing up in Lebanon during the civil war and the Israeli invasion, he could have easily matured into another hater of Israel, but Fred chose a different path. Today he advocates for friendly relations with the Jewish State and believes that this is the direction that leaders of Lebanon and other Arab states should take.

Later on the show we will hear from Dia Latina, Australian Conservative Vloger who believes that freedom of speech and options should not be confined or libeled as hate if they are not actually hateful. She will give some updates on her recent shows and a plug for her upcoming guest, none other then our show host David Ha’ivri. Look up her youtube channel Dia Opina. 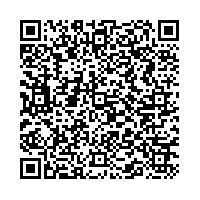