Home Israel News Talk Radio A Hebrew in the Heartland Israel and Diaspora Jewry – A Hebrew In The Heartland
Share on Facebook
Tweet on Twitter
Photo Credit: Photo Credit: By מיכל פטל - Women of the Wall, CC BY 3.0, https://commons.wikimedia.org/w/index.php?curid=23459981

On today’s show David Ha’ivri will be speaking with Youtuber Analytical Chick a conservative Jewish voice discussing relationship between Israel’s government and the reform movements in America. Together and think we’ll try to understand what the agenda is and if this is a real need or has to do with a liberal agenda being used to cause a rift between ‏American Jewry and Israel’s government.

David will also be speaking with an Hungarian journalist and Scholar about the agenda of George Soros for Israel and Europe. They will try to figure out why some have claimed the criticizing George Soros could be considered antisemitism. This may be confusing being the George Soros agenda is an anti-Zionist scheme.
Is anti-Zionism actually a front for modern-day anti-semitism? 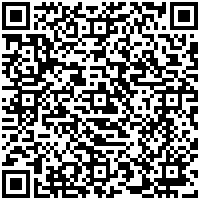