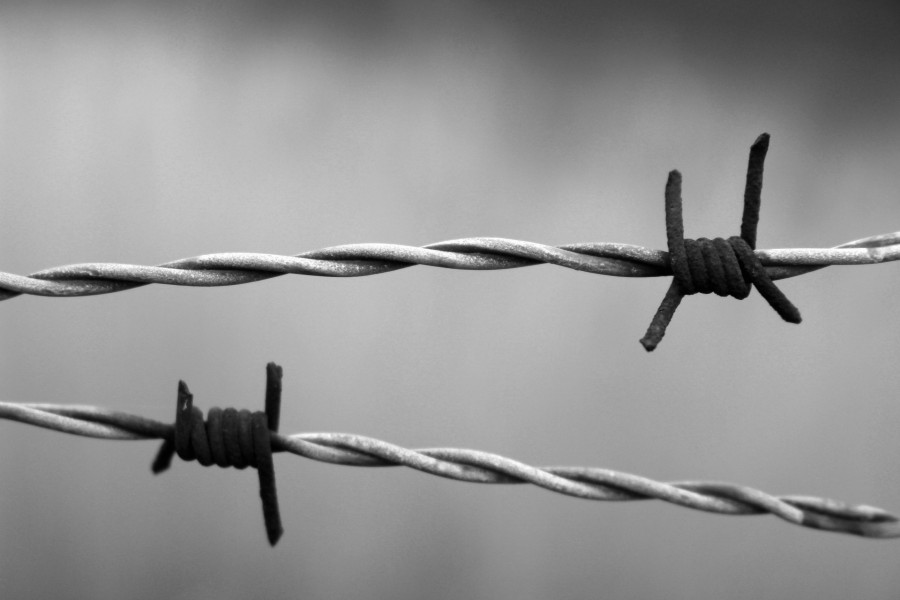 Irving Roth speaks of the gates closed by democracies, especially the betrayal by the FDR administration, to rescue European Jewish men, women and children, six million of whom were murdered in unspeakable ways. He draws on his experience growing up in a small town in what became Fascist Slovakia after the appeasement by Britain and France at Munich in 1938 broke up what was pre-WWII Czechoslovakia. First it was No Jews allowed in the town parks, no bathing in the beach on the River, then no Jews allowed to attend school. Then after the Final Solution Nazi Wannsee Conference in Berlin in January 1942, 1,800 of the town’s 2,000 Jews were marched to the synagogue, locked inside and “resettled” -meaning sent to one of the six Nazi killing center. He and his family were among the 200 Jews left behind.

He tells of the loss of his family’s lumber business through “aryanization” and betrayal by Christian friends in his community in Slovakia. The family escape in 1943 to a small village in Hungary in 1943 here they have relatives, while his parents move on to find work in Budapest. That haven ended in 1944, when the Horthy and Hungarian Nazi Arrow Cross party capitulated to German occupation and Eichmann began transports to Auschwitz – Birkenau.


Mr. Roth, his brother and grandparents were captured and transported to the Auschwitz – Birkenau death camp in southern Poland, where over 437,000 Hungarian Jews were gassed and their remains incinerated in a 53-day period in 1944. Over 1.1 million were murdered at Auschwitz – Birkenau; 90 percent of them, Jews. His grandparents, brother Bondi and several other relatives did not survive. He witnessed the accidental bombing by the 15th USAAF in September 1944 and the Sonderkommando Revolt in October 1944 with the aid of valiant Jewish women inmates at the IG Farben plant who provided the explosives that destroyed Crematorium 4 in Birkenau.

Roth and his older brother Bondi were part of the 60,000 inmates death march that left Auschwitz in early January 1945 from which less than 12,000 survived. He ended up in Buchenwald concentration camp from which he was freed on April 11, 1945 by two US Army soldiers; one white and the other black who found him weighing less than 75 pounds. He recalls the Hungarian Seventh Day Adventist nurse who cared for his father while recovering from Typhus and hid both parents in her apartment in Budapest. Roth, his parents and a cousin return to his hometown after the end of WWII and confront the local Christians who shunned, occupied their home and betrayed the family business. The Roth family desperately try to find his missing brother Bondi, to no avail.

It is through the sponsorship of an uncle in New York that his parent and, a cousin that they came to the US in January 1947. Roth, whose education was denied as a Jew in fascist Slovakia, makes up for lost time. He served in the US Army, completed high school and attending Brooklyn Polytechnic Institute earning both a BS and MS in Electrical Engineering. He eventually became a research director for an electronics firm in Long Island, New York.

Roth speaks of the FDR administration to rescue of European Jewish men, women and children, six million. He suggests that some major American universities harbor anti-Israel and under the Antisemitism in the name of protection of free speech. It is important, he says that American students do not forget the history of the holocaust and the rise of lethal anti-Semitism in the West. Through the auspices of Christian United for Israel (CUFI,) Mr. Roth has spoken at more than 200 college and university campuses throughout the US.
This interview by Jerry Gordon and Rod Reuven Dovid of Israel News Talk Radio – Beyond the Matrix, with Irving Roth. He is an internationally renowned holocaust speaker and co-author with his son, Dr. Edward S. Roth, of a memoir “Bondi’s Brother”. The interview was conducted at the Pace (Florida) Assembly Ministries, on a Christians United for Israel (CUFI) Night to Honor Israel on Sunday, February 2, 2020. We are grateful for the arrangements made for this interview by Pastor Joey Rogers and his able audio-visual communications team for this production. Mr. Roth will be featured in a CUFI film, “Never Again” to be released in the fall of 2020.

Mr. Roth also presented at a CUFI student chapter event on the campus of the University of West Florida in neighboring Pensacola on Monday, February 3, 2020. While there he met another holocaust survivor, Mrs. Molly Gross, whose late husband, Leon Gross, z”l, was also at Buchenwald in the same barracks at the late Elie Wiesel, z”l.