Tamar speaks with Rabbi Tovia Singer, the national director of www.OutreachJudaism.org , an international organization dedicated to countering the efforts of Christian groups, Jews for Jesus and even religious cults. He joins Tamar to talk about a show where she spoke about walking on the beach in Israel when a Christian missionary approached her and handed her a pamphlet taking the Psalms of David and twisting it to infer that it pointed to Jesus as being the messiah and the son of god. A listener who is a Jew and believes in Jesus wrote in, and Tovia answers some of his letter.

Also, Shifra Hoffman of www.VictimsOfArabTerror.org and www.Shuva.net talks about what the Deputy Minister of Foreign Affairs, Tzipi Hotoveli, remarked regarding the American Jewish community.


Last, Dr. Mordechai Ben-Meanchem comes on the show and talks about the latest worrisome developments in the Middle East between Iran, Saudi Arabia, and the latest terror attack in the Sinai, Egypt with over 300 people killed. 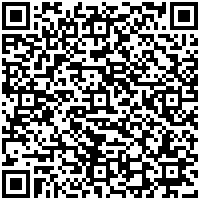