Gil Hoffman interviews Sarah Weiss Ma’udi, director of the General International Law Department at the Israel Ministry of Foreign Affairs. Weiss Ma’udi represents Israel in matters of maritime law; water law; international borders; international law relating to natural gas and oil; the recognition of states; Israeli domestic sanctions policies regarding Iran; and Israeli policies with its neighbors. In the interview, she describes her efforts defending Israel’s actions in Gaza to the world and why winning a legal battle can be more frustrating and time consuming than an instant but fleeting PR victory on CNN. “There is no instant gratification in international law,” she laments. Weiss Ma’udi also tells the untold stories about how Israel is helping 3rd world countries and perhaps changing stereotypes around the world about the Jewish state. 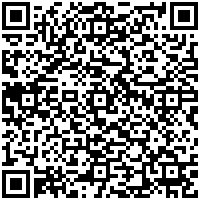