In over 30 years of dealing with the foreign press in Israel, former paratrooper Danny Seaman has heard it all. In his stint as head of the Government Press Office he attempted to hold journalists to basic professional standards -and paid a price. He and Eve discuss the libels that shaped global opinion about Israel and the imperative of waging cognitive warfare. He’s now developing the English division of MIDA, a high level conservative website that publishes articles on current events, policy and thought based on facts, not fantasy. Get educated, for your own sake. 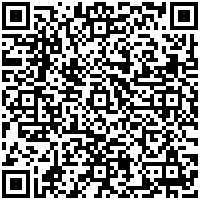