First: Lieutenant-Colonel John Henry Patterson was a WWI British soldier, hunter, author and Christian Zionist. He became a major figure in Zionism as the commander of both the Zion Mule Corps and the 38th Battalion Jewish Legion, “the first Jewish fighting force in nearly two millennia” – which served as the foundation of the Israeli Defense Force decades later. Myrna Strapp is the civil litigator who helped bring Patterson’s remains to the land of Israel 67 years after his death in a moving ceremony in which Prime Minster Netanyahu spoke of his family’s connection to the British general. She joins Yishai to tell the incredible tale.

Then, get ready for Passover with Spiritual Cafe as Rabbi Mike Feuer joins Yishai to talk about the power of Matzah to transfer national-spiritual data from one generation to the next, and the power of the Exodus to help us break out of our own self-imposed slaveries and limitations. 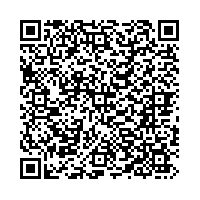