Yishai is joined by Baruch Widen.  Together, they discuss recent issues between Arabs and Jews in Hebron and how the rules behind the use of weapons among Israeli Border Guards and IDF soldiers has made a change for the better.  They move on to talk about the civil war in Syria and how this could affect Israel and end the segment by discussing potential resolutions for the situation between Jews and Arabs in Judea and Samaria.

Jews Have Rights in Judea 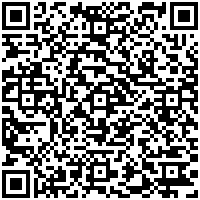