Meir Eisenman, Land of Israel guide and Bible teacher, joins Yishai to report on a very special tour of eastern Jerusalem by Knesset members of the Internal Affairs Committee headed up by MK Miri Regev. After discussing a skewed report written by the Alternative Information Center, which accused Jews of attempting to create a spatial division on the Mount “which could drag the entire region into a sectarian and religious war”, Meir described what really went on during the Committee tour and how Jewish residents of eastern Jerusalem are complaining a mini-Intifada terror happening every day. What did MK Moshe Feiglin and MK Gafni discuss while looking over the Temple Mount? Will the Jews of Kidmat Tzion be able to withstand the daily rock attacks that they face? If Jerusalem is the heart, are we in the midst of a heart attack? 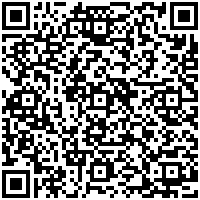