Video journalist Ami Horowitz recently spent two hours on the streets of Brooklyn asking black men and women why Jews are being attacked in New York. On Sunday, he released a two-minute video with some of the footage he collected. We believe the video important for several reasons and therefore are sharing the transcript of it below (minus three brief parenthetical narrative comments by Horowitz).

Horowitz: What’s going on? What do you think is going on here?

Respondent #1: Know what I think is going on? Because it seems like – I’m not being a racist or anti-Semitic – but it seem like the Jewish people own all the buildings out here, and they own everything, and they’re not sharing nothing.

Respondent #2: They own everything down here. They comin’ over here and they takin’ over, but they’re not bringing it back to us. See, they kickin’ us out.

Respondent #1: And I don’t want to go back to World War II with Hitler and all of that, but it seem like they own all the property, and we don’t, they don’t even try to help us.

Respondent #3: We’re not sayin’ that it’s right, but they tryin’ to take over our buildings, and so they tryin’ to make everything more expensive for us.

Respondent #4: The Jewish is known to be rich for Brooklyn. So, you know, of course…

Horowitz: So is that a reason why you think the attacks are happening?

Respondent #4: That is why the attacks are happening.

Respondent #7: I taught my children love. Love conquers all. … They controllin’ all the jobs, economic growth in the community.

Respondent #3: [They’re] comin’ from their country into our country and they tryin’ to change up our country to how they live.

Respondent #8: They’re gonna get money from here, and they’re gonna send it home to their country.

Horowitz: Which, which country? Not…

Respondent #8: Not in the United States.

Horowitz: That’s not their country.

Horowitz: So do you think the Jews here are not really American?

Horowitz: So black people would have reason to attack Jews?

Respondent #9: I wouldn’t say they have reason to, but it is understandable ‘cause everybody takin’ from us. 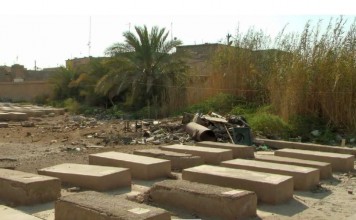