My good friend and renowned Lower East Side standup comic Dana Friedman posted these images she took of a group of sign-carrying Neturei Karta men who stood at the edge of Sunday’s anti-anti-Semitism rally downtown.

Dana wrote: “These guys were protesting the unity rally. That’s JUST this one little group, not representative of all Chassidic Jews. These are the same ones you see at LGBT Pride, and the Celebrate Israel parade. Maybe they just don’t like marches?”


Michael Fishman commented: “The thing about NK is that most of them couldn’t bother to explain those signs they carry. That is, most of the ones I’ve spoken to don’t even speak enough English to elaborate on the claims their signs make. Apparently they have at their disposal some PR people to make signs for them. But then, the guys carrying the signs? Well, when I tried having a discussion with one of them, he said in very broken Yinglish ‘You can read about us in the tzeitung’ (thanks to Duolingo German, I know that means a newspaper). And the other guy just gave me a business card with their website, refused to discuss anything else with me.

Apropos English, those proverbial PR people are also not so good with the grammar thingy. I transcribed their sign from the image as best I could:

We appreciate solidarity with Jews
But…
The Zaionist confrontational approach to Anti-Semitism
Is contrary to Jewish teachings and milleniums of Jewish tradition.
www.NKUSA.org

Would somebody please tell these boys the plural of millennium is millennia?

Neturei Karta International, which is not Neturei Karta—the community of zealots living in Meah Shearim in Jerusalem, is “dedicated to voice the position of masses of anti Zionist Jews worldwide, regarding Zionism and Palestine.” It is a non profit NGO with a 1995-style website and a Facebook page. They tweet, too.

Their Facebook page even offers sage advice: “How to address Anti-Semitism.” It’s really simple: “The very establishment of a Jewish state in the Holy Land before the coming of the Messiah, which is clearly forbidden by Torah law, is one of the greatest causes of anti-Semitism.”

This is obviously supported by the historic fact that before we had a Jewish state, millions of European Jews lived unmolested, because the gentiles were not upset that we had a state. It’s all clear now. 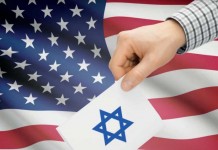 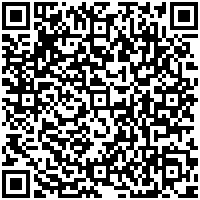