Corey Gil-Shuster always has an interesting question to ask.

Not surprisingly, the rambling leftwing Israeli activist/professor said she would move to a Palestinian state. She was also one of the most determined to do so.

Almost every other Arab he asked said no – and even the ones that said yes in the beginning, by the end of their answer, they either strongly qualified their statements or simply changed their answer. Some added that Palestine will replace Israel, so they wouldn’t have to move at all. 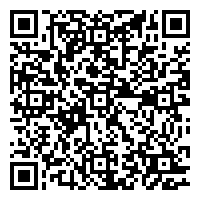