Israel’s Artillery Corps revealed the previously classified Tammuz missile for the first time, that was operational in Gaza and Lebanon wars.

With a range of 15.5 miles, the missile is equipped with an electric optic sensor that transmits the image of its target to its operators inside an armored personnel carrier who then manually drive it towards the target. It is capable of penetrating armored vehicles.

The missiles are fired from an armored personnel carrier from two launchers, each of which is capable of carrying three missiles. The carrier can carry and additional four missiles inside.

While the missile has been in use since the 1980’s, it was decided to reveal its existence on Monday. “The missile provides us with the ability to accurately attack targets from a standoff position without needing to physically come into contact with the enemy,” Col. Sharon commander of the Artillery Corps David Sling Formation told reporters.

The missile is based on the Spike Long Range Missile developed by Rafael Advanced Defense Systems, and is operated by the elite Meitar unit of the Artillery Corps. It was opened to foreign exports a number of years ago.

It was used extensively in the Second Lebanon War against Hezbollah targets but proved more successful when it was used against Hamas targets in Operation Cast Lead in Gaza in January 2009. 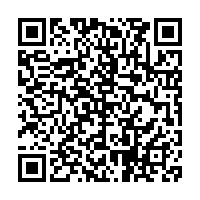