Rajoub is a senior politician in Fatah (the largest political faction within the PLO), and one of the front-runners for replacing Palestinian Authority chairman Mahmoud Abbas, assuming Hamas doesn’t take over the PA once Abbas dies.

Rajoub said in his interview:

Rajoub was very careful to not say the Western Wall will be under Israeli sovereignty. He was clearly talking about religious supervision as a holy site.

Unfortunately, many of the Jewish and Israeli media outlets misreported his statements and claimed he said the Western Wall would remain under “Israeli sovereignty.”

On Arabic media, due to the misreporting, Rajoub has been forced to clarify his statements and add some denials, to make it clear to his Arab audience that he never referred to Israeli sovereignty and was only referring to “Jewish religious supervision” over the Western Wall.

Rajoub told the Arab media, “East Jerusalem will be under the full sovereignty of the Palestinians to the last centimeter, and our capital will be East Jerusalem… On [Israeli TV] Channel 2, I did not mention the word sovereignty or Israel at all”

Rajoub is wrong, he did use the word “sovereignty” which he is now claiming he didn’t, but he’s right about the context in which he said it, and he certainly never said “Israeli sovereignty.”

So no worries, Jibril Rajoub did not suddenly become a moderate or a Zionist. 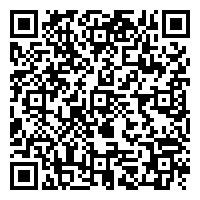