The term Shahid is translated as Martyrs, but the meaning of the word in Arabic is deeper and more militant. Shahid, pl. Shuhadaa, is a religious Muslim term which literally means “witness.” This is the title given to a Muslim after his death, if he died while carrying out a religious commandment, or during a war for the faith. Arab countries use this term when referring to slain soldiers. In local Arab culture, the term is always used to describe Arabs killed in the Intifada, especially suicide bombers. The suicide bombings themselves are called amaliyat Istishadiah,” meaning acts through which one became a shahid.

While MK Tibi can argue, should he ever be challenged by Israel’s legal authorities over this speech, that he was not referring to murderers of defenseless civilians, it is impossible not to see his romantic allusions to the PLO thugs as the subjects of his adulation, standing as he does in the video, with the black and white Arafat-style keffiyeh slung over his neck. Watch for the cutaway showing a woman giving away fresh keffiyehs to the audience, in case they forgot to bring their own from home. 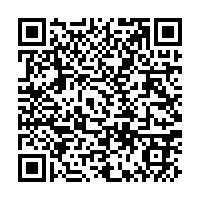