Israel Chief Ashkenazi Rabbi David Lau clarified there is no connection between ascending to the Temple Mount and the wave of terror currently taking place in Israel, according to a report posted on the Hebrew-language NRG news website.

In a conversation that took place with Temple Mount activist Rabbi Yehuda Glick, Rabbi Lau said that according to a briefing received by senior officials in the defense establishment, the wave of terror is caused by the propaganda campaign that has incited the Palestinian street. It is not related to the Temple Mount. The office of the rabbi confirmed the statement.

In addition, according to Glick, Rabbi Lau added, “He who makes a connection between those who go up [to the Temple Mount] and the current wave of terror spreads lies, discontent and strife.”

Lau did not stop at that but also attacked the publication of a letter opposing ascension to the Temple Mount, a letter signed by dozens of rabbis. The letter was published last week allegedly in connection with the current precarious security situation.

Except that the signatures of the Rabbis were collected months ago, according to NRG, and the rabbis who signed the letter were unaware of when the letter would be published.

As a result, the letter gave the impression that the rabbis were implying that ascension to the Temple Mount could cause terrorism – a misleading impression as the signatories had signed their names before this latest wave of terror began.

The letter stated, among other things, “We reiterate and warn about that which we warned of long ago: do not dare, neither man nor woman, to enter any area of the Temple Mount, irrespective through which gate, and apart from mere prudence, the severe prohibition is [due to] the harm to the purity of the sanctity and the Holy Temple, there is also a great mitzvah of fearing the Temple and its preservation.”

Rabbi Lau’s office emphasized that the rabbi were explaining there is a serious halachic (Jewish legal) prohibition in ascending the Temple Mount.

“In a conversation with Rabbi Glick, the rabbi [Lau] clarified to him that ascension is strictly forbidden, nevertheless, ascension to the Temple Mount is not what caused the riots,” the rabbi’s staff told NRG. “That is simply an excuse used by Palestinian officials to justify terror. As a matter of fact, even after assurances by the prime minister that there would be no change in the status quo on the site, they are continuing to carry out terror attacks. This proves that it is not the Temple Mount that is the cause, but rather, the excuse for the terror.”

At the memorial assembly to mark the anniversary of the passing of former Sephardi Chief Rabbi Ovadia Yosef z’l, the late rabbi’s son, current Sephardic Chief Rabbi Yitzchak Yosef said: “There are those who think national law comes before halacha (Jewish law). [But] One must review this Jewish law: all of the leaders of previous generations, tens of them, wrote that it is forbidden to ascend the Temple Mount – did they have no love for Eretz Yisrael? National laws confused them (the Jews who have ascended the Temple Mount) and look what has happened.”

In the past, Rabbi Yosef has called Rabbis who permit ascension to the Temple Mount, “fourth-rate rabbis”. Among the “fourth-rate” rabbis he was insulting were Rabbis Haim Druckman, Dov Lior, Nahum Rabinovitch and Yaakov Medan – all highly-respected leaders of the national-religious community.

In November of 2014, Rabbi Yosef said that Jewish visits to the Temple Mount “provoke the terrorists” and only by stopping the visits will the blood of the people of Israel stop being spilled.

That statement of blaming Jews for their attacker’s actions triggered some angry responses from tbe Bayit Yehudi party who corrected the rabbi as to who was responsible for killing Jews.

Last month, on October 19, 2015, Rabbi Yosef visited Joseph’s Tomb in Shechem in the middle of the night, following the Arab arson attack on the site.

Immediately after the Chief Rabbi left, the Arabs torched Joseph’s Tomb again and stoned the rabbi’s convoy for good measure. 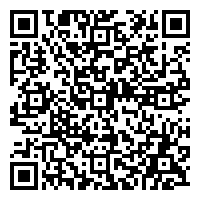