The Disputation of Barcelona (July 20–24, 1263) was held at the royal palace of King James I of Aragon in the presence of the King, his court, and many prominent ecclesiastical dignitaries and knights.


The disputation was organized by Raymond de Penyafort, the superior of the convert Christiani and the confessor of King James. Christiani had been preaching to the Jews of Provence. Relying upon the reserve his adversary would be forced to maintain through fear of wounding the feelings of the Christian dignitaries, Christiani assured the King that he could prove the truth of Christianity from the Talmud and other rabbinical writings. Nahmanides complied with the order of the King, but stipulated that complete freedom of speech should be granted.

And then the sparks started flying.

I urge you to take the hour or so to watch this mesmerizing production, written by
Hyam Maccoby, Directed by Geoffrey Sax, with Alan Dobie as Nachmanides, Bernard Hepton as Raymund de Penjaforte, Christopher Lee as King James of Aragon, and Susan Sarandon lookalike Helen Lindsay as Queen Yolande.

I think you’ll have fun. It’s a 1986 production, so the musical intro sounds a bit tinny, but, trust me, it’s highly watchable and, surprisingly, absolutely everything the good rabbi has to say about Jewish law and philosophy is on the money – except for his atrocious pronunciation of Hebrew words. That part – which was kept to a minimum, mercifully – should be taken as comic relief. 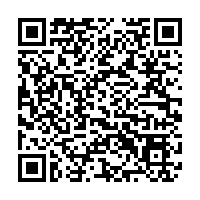