Israel  has been holding for three years an Al Qaeda terrorist, once arrested by Americans a decade ago, after he tried to infiltrate into Israel to train Palestinian Authority terrorists to stage a biological attack, it was revealed on Sunday.

The terrorist was identified as 39-year-old Samer Abed al-Barak, who had been arrested by American authorities and jailed in Guantanamo Bay in 2003. He was released three months later to Jordan, where he was a free man but later was arrested for terrorist activities. Jordan let him go in 2008 and apparently tipped off Israel that he would try to cross into Israel, according to documents filed in court by the Justice Ministry in response to a petition to free him.


Authorities said Al Barak had studied microbiology in Pakistan and tried to enter Israel via the Allenby Bridge in 2010 to put his knowledge to good jihad use and train Palestinian Authority terrorists to manufacture poisons for a biological attack in Israel.

Al-Barak also was planning a similar attack on Jewish tourists in Jordan.

His administration detention is to expire in several days but can be renewed once more, and the Justice Ministry told the court that releasing him would produce an immediate and serious threat to Israel. It is not known why he has not been charged and placed on trial.

His lawyer said he was engaged in Pakistan in “humanitarian activities,: which is a nifty Al Qaeda code word for “killing Jews.”

Government officials confirmed the detention after it was published in the media.

The government’s defense in court said that al-Barak is from Kuwait and moved with his family to Jordan and then to Kalkilya, in Samaria, before landing up Pakistan in 1995, where he obtained a masters’ degree that gave him his background for producing biological weapons. Al Barak moved on to Afghanistan to engage in military training.

He joined Al Qaeda in 2001 after being recruited by the terrorist organization’s current leader, Ayman al-Zawahiri. 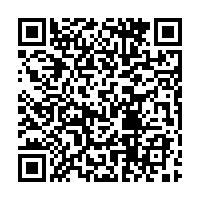