Wanstead High School in the UK awarded student Leanne Mohamad the winner of the Jack Petchey “Speak Out” Challenge.

The only problem is that Leanne’s arguments were lies, blood libels, and full of Jew hatred and hatred towards the State of Israel.


Brian of London took some time out of his busy day to answer this video. Alas, Brian forgot to raise his Israeli flag at the end of the video, which is perhaps the most fitting response.

Despite the rabid applause Leanne received (a cause for concern in of itself), this story is not without a somewhat good ending according to Edgar. Speakers Trust, who runs the competition on behalf of the Jack Petchey Foundation, decided that Leanne would not be going to the Grand Final, as her speech violated 2 fundamental rules of the contest.

Though how she got so far with her hate speech is still a question, and will this foundation and the school let her disgusting blood libels remain unchallenged? 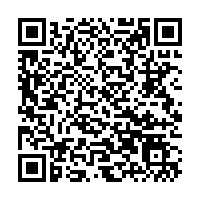