At least 41 people were killed and 181 wounded Thursday as what appears to have been two suicide bombings rocked the southern suburb of Bourj al-Barajneh in Beirut, which is a Hezbollah stronghold, Lebanese Red Cross chief George Kettaneh told the National News Agency.

According to NNA, the attack was the work of two suicide bombers who blew up their explosive vests in Ain al-Sikkeh street. The explosions hit a few minutes apart in an area called Burj al-Barajneh during rush hour. Lebanese Internal Security said two men on foot set off their suicide vests in front of a shopping center.

No one has claimed responsibility for the bombings yet.

The last time a suicide bomb hit south Beirut southern was in June 2014, when a suicide car bomb killed a General Security officer who tried to stop the bomber.

Between July 2013 and February 2014, there were 9 attacks on Hezbollah, by jihadist extremists. At the time, the attackers said they were revenge over Hezbollah’s involvement on the side of President Bashar Assad in Syria, against the Suni rebels. 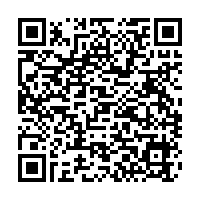