I am feeling utterly dizzy and jet-lagged, and I have not even left the ground.

My husband is somewhere miles above the Atlantic Ocean, en route to our grandson’s bris in Baltimore. And, my daughter who was scheduled to leave Israel on the identical flight 24 hours prior to his? Well, that is a long story.

Our 23-year-old daughter loves living in the Holy Land, despite the physical distance from most of her friends and family in the United States, and the myriad challenges that life here entails. Like us, she just chalks it up to “Eretz Yisrael niknais b’yisurim” or laughs it off as another “Welcome to Israel” moment. She is blessed with a sunny nature and a well-developed sense of humor, both of which have served her well during our years in the Promised Land.

That works for about ten months a year. She happily gives her heart and soul to both her employers and the children in her care. But, come summer, she is out of here. She needs a change of scenery, reuniting with friends and family, and mostly escaping from the blazing summer heat of Ramat Beit SHEMESH (emphasis intentional).

This year is no exception. However, there is one major difference. When my oldest son, who currently resides in the U.S., suggested a summer job for his sister, filling-in for a woman leaving imminently on maternity leave, we were unaware of one minor detail: The woman has no intention of returning to her position after her maternity leave ends. My daughter has been toying with the idea of staying in the U.S. for longer, both to make some money and to improve her social life. She jokes that she has already dated most of the guys who are appropriate for her here, and nearly married a couple of them.

So, one night, after midnight, when my husband and I and our younger children are all safely ensconced in our beds, she books her ticket. And the return date she chooses is shortly before Pesach, some ten months later.

Talk about rude awakenings. We all have one, literally, when she drops her bombshell. Our reactions range from dismay to shellshock to utter helplessness. In fact, her youngest sister has yet to forgive her for the very unpleasant and unwelcome surprise that greeted us that morning.

But, our disappointment and discontent are nothing compared to that of her employer and her family. Their cries reverberate up and down the block and they refuse to accept the finality of her decision.

A couple of weeks pass uneventfully. My daughter resumes her hectic schedule of work and study. She continues to tutor her various charges while she concurrently takes her finals and completes her term papers, to finally earn her degree. As the date of her departure approaches, she takes leave of her friends in Yerushalayim, begins the arduous task of packing for the months ahead, taking into account the more extreme seasons in the United States, and braces herself for the tearful parting.

Then, my daughter-in-law gives birth to a baby boy in Baltimore. My daughter is thrilled with the timing. Now, she will, be”H, begin her trip with a wonderful family simcha and be able to see and celebrate with the extended family. Even better, now she may have an additional piece of free luggage to bring to the States. (How much does her father need for a week, after all?)

My husband is grateful and excited to welcome another beautiful grandson, but concerned about the timing of the blessed event. He is scheduled to be abroad the following week on a long-anticipated and meticulously planned business trip. He reluctantly contacts his employer abroad, explains the situation, and finds himself uncharacteristically choked-up as the powers that be vow to move heaven and earth to enable him to participate in the simcha. And they do. 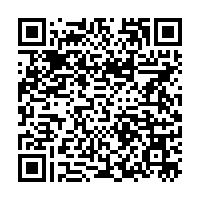