Friday marked the 25th anniversary of the murder of Rabbi Meir David Kahane (1932 – 1990), a one time Knesset member and the founder of the Jewish Defense League (JDL). He was also a frequent contributor to The Jewish Press and served as its editor.

Rabbi Kahane was shot to death on November 5, 1990, by El Sayyid Nosair, an Egyptian-born American citizen, in midtown Manhattan’s Marriott East Side Hotel on Lexington Avenue. His murderer was acquitted of the murder, but was later convicted in federal district court pursuant to his involvement in the 1993 World Trade Center bombing. Prosecutors were able to retry Nosair for the murder because the federal indictment included the assassination as part of the terrorist conspiracy. He was sentenced to life imprisonment, and eventually confessed to the crime. In a sense, this makes Rabbi Kahane the very first American victim of Al Qaeda.


Kahane’s funeral was one of the largest in Israel’s history, with an estimated 150,000 participating. He was buried on Har HaMenuchot in Jerusalem and was eulogized by renowned Orthodox Jewish leaders such as Rabbi Moshe Tendler and the Sephardic Chief Rabbi of Israel, Rabbi Mordechai Eliyahu.

Rabbi Eliyahu spoke of how many people misunderstood Kahane’s “true value.” A scholar and a journalist, with a degree in International Law from New York University, and a Rabbinical ordination from the Mir Yeshiva in Brooklyn, Kahane began his life’s work in 1968, when he founded the JDL, spreading the idea of self-defense in the Jewish communities around New York City at a time of Black-Jewish tensions; and rallying in front of Soviet-run events in the city to protest the treatment of Russian Jews.

Kahane and his family moved to Israel in 1971, where he founded the Kach party, which called for the annexation of Judea, Samaria and Gaza, and the transfer of Arabs out of Israel. He ran for the Knesset and lost in 1976 and 1980, but was elected in 1984, and his movement grew to the point where some projections showed Kahane winning eight seats in the 1988 election. The parties most threatened by Kahane were right-wing Likud and Moledet, who saw their support being siphoned off by the newcomer, and so they collaborated to ban him from running on the grounds that his platform was racist.

Kahane wrote numerous polemic books, the most famous among which is “They Must Go.” He founded a seminary in Jerusalem, the “Yeshiva of the Jewish Idea,” which continues to this day to impart traditional Jewish education combined with right-wing activism.

Kahane’s teaching continues to influence Israeli society, especially in times when Arab terrorism raises its ugly head, leading many in Israel to reconsider the idea of a transfer solution. In March 1994, the Kach party and the Kahane Chai (“Kahane Lives”) movement, founded by Kahane’s son Binyamin Zev HY”D, were officially designated terrorist organizations by Israel and the US. Kach members have condoned both Baruch Goldstein’s 1994 killing of 34 Arabs in the Cave of the Patriarchs (he was a Kach member), and the 1995 Rabin assassination.

Rabbi Binyamin Zev Kahane was murdered by Arabs in 2001, as he drove his family near his home in Judea and Samaria. Kahane’s grandson, Meir Ettinger, who is in prison under administrative detention, has already been threatened by Arab security prisoners who told him: “We killed two Kahanes, we will kill you, too.” 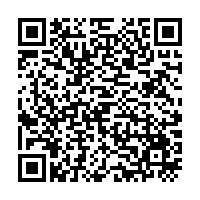