Despite what they may think about Israel in Europe, 62% of Americans are saying their sympathies are with the Israelis, and only 15% support the Palestinians, according to a Gallup survey titled “Americans’ Views Toward Israel Remain Firmly Positive,” published Monday. About 25% of respondents continue to be neutral, which includes 9% who decidedly sympathize with neither side, 3% who sympathize with both, and 11% who have no opinion.

Over the past 15 years, Americans have shown more support for Israel than for the Palestinians, with sympathy for Israel increasing in 2006 to 59%, from 52% the year before — after the terrorist group Hamas had won the parliamentary election in Gaza. Support for Israel has since remained at 58% or higher, and this year it is 4% higher.

A whopping 79% of Republicans prefer Israel, while only a slim majority of Democrats — 53% — still do. There’s also an 18-point difference between older and younger Americans. 54% of ages 18-29 like Israel, as opposed to 23% who prefer the Palestinian side. At 30-49 it’s still 54% for Israel, but only 18% for the gang from Ramallah. Things get sweet with ages 50 and older, where 72% love Israel, and only 10% carry a torch for the sons of Arafat.

Except that here’s a kind of mystery when the survey gets to the bottom line of things. Even though the average American likes Israel and doesn’t like the Palestinians, still, a majority of Americans continue to favor the creation of a Palestinian state. Even this year, when there’s no US diplomatic activity to promote it, a Palestinian state is still something Americans would generally welcome, even expect from the next president.

It must be that the popular media never offered any other solution to the conflict since about 1936, and even Israel’s mainstream leaders have been promoting, including rightwing Prime Minister Benjamin Netanyahu with his righwing cabinet.

It’s time to educate the American people about the horror show Israelis expect such a Palestinian state to be. 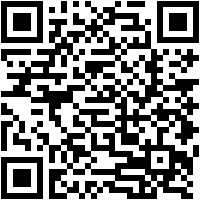