The IDF also marked for demolition the homes of Abd al-Rahman Hamadan Ata and Mahmad Abd al-Kadar, the terrorists who carried out attacks on Tuesday. Ata was a resident of the town of Zawiya located southeast of Qalqilya who carried out a stabbing attack in Petah Tikva in which he wounded an Israeli man before being stabbed to death by his victim. Al-Kadar was a resident of Hajjah northeast of Qalqilya who carried out one of the bloodiest stabbing attacks in the current wave of terror on Tuesday night when he murdered American tourist Taylor Force and wounded ten others.


Two more homes were marked for demolition in the village of Aqab located in the Binyamin region. The homes belonged to the two terrorists who attempted to carry out two consecutive shooting attacks in Jerusalem in the neighborhood of Ramot and near Damascus Gate on Wednesday.

“The Binyamin Brigade and Judea and Samaria police found a handgun, an Uzi rifle, two magazines, and 9 mm bullets in a separate operation to search for weapons in the village of Bir Nabala, northeast of Jerusalem. Furthermore, the General Security Service and the Menashe Brigade found two magazines along with a stash of bullets in a search for weapons in the Ya’bad village, west of Jenin,” the IDF statement said. 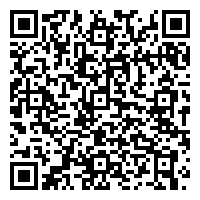