In a countrywide dragnet operation over the past 24 hours, Israeli police arrested hundreds of Arabs living illegally inside “green line” Israel, as well as Israeli citizens suspected of supporting and employing them.

According to police, some of the attackers in the recent terror wave have been illegal Arab residents, and police decided to move against them en masse, as well as against Israelis who violated the law by lodging, transporting and employing the illegals.


The arrests of more than 250 illegal Arabs so far, took place across the country, but focused on construction sites and large shopping areas, which normally are magnets for cheap, cash-in-the-hand labor. Police reported that 15 Israeli employers and 12 drivers were arrested.

The arresting officers discovered a small compound, complete with sleeping tents, showers, a lavatory and a kitchen illegal Arab workers had erected in HaBesor Stream in southern Israel, not far from the Gaza Strip.

The current dragnet picked up five illegals, two of them minors, at a construction site in Kiryat Malakhi, not far from Ashkelon in southern Israel. Following interrogations, one was detained and the rest were sent back across the green line. Three illegals were arrested in an apartment they were renovating on Laskov Street in Holon. Their employer was also arrested. Eleven illegals were arrested in several businesses in Ramat Gan and B’nei B’rak, and one employer was picked up as well. Fourteen illegals were picked up on the beach south of Netanya. 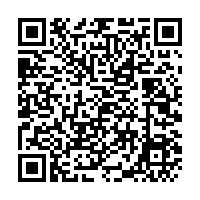