Wednesday afternoon, April 10, a journal from Yeshiva University’s Cardozo School of law will be presenting former President Jimmy Carter with an award, honoring him for his “human rights record.”  The Jewish Press has covered developments concerning this award and responses to it, extensively.

In addition to the many alumni and concerned individuals who spoke out against the Carter Cardozo Award, four of the largest American Jewish organizations have weighed in over the last 24 hours, all expressing their disgust 0ver the decision of a Jewish-affiliated school to give kavod (honor) to someone like Jimmy Carter.

On Tuesday, April 9, two organizations called on Cardozo to rescind the Carter honor. The Zionist Organization of America issued a statement, describing Carter as having a “repellant, decades-long record as an Israel-basher and promoter of Israel’s most vicious enemies, including Hamas.”

The National Council of Young Israel

also issued a statement calling on Cardozo to rescind the invitation to Carter.  Farley Weiss, the president of the NCYI, wrote, “Mr. Carter’s well-known animus and bias towards the State of Israel has earned him widespread condemnation from Jews and non-Jews alike, and he certainly does not deserve to have any honor bestowed upon by him by an entity that has ties to the Jewish community and the Jewish State.”

On Wednesday, April 10, the day of the award ceremony, the Simon Wiesenthal Center and the Anti-Defamation League each publicly criticized Yeshiva University’s law school for choosing to honor and provide a platform to someone with such a well-documented anti-Israel history.

Rabbi Abraham Cooper, associate dean of the Wiesenthal Center, said the Cardozo law students had not exercised “due diligence” before choosing Jimmy Carter as an honoree.

“Had they done so,’ he told the Algemeiner, “they would have discovered that Mr Carter has never resolved his conflict with the Jewish state. His serial bias against Israel is well-documented. That alone should have led tomorrow’s lawyers, whatever their ethnicity or religion, to conclude  that President Carter should not receive such an honor.”

In response to Cardozo’s refusal to revoke the award and ceremony for Jimmy Carter, the Coalition of Concerned Cardozo Alumni issued the following statement:

It is shameful that President Richard Joel of Yeshiva University and Dean Matthew Diller of the Benjamin N. Cardozo Law School are not prepared to take a moral stand and rescind the invite to honor Jimmy Carter made by the Cardozo Journal for Conflict Resolution. By providing moral cover for those who would eradicate Israel and who despise America for her democratic values President Carter has caused irreparable harm to Israelis, Jews across the world and democracies across the globe. Cardozo has now provided a similar fig-leaf to President Carter and that is a terrible shame.

Jimmy Carter has an ignominious history of anti-Israel bigotry. He is responsible for helping to mainstream the antisemitic notion that Israel is an apartheid state with his provocatively titled book “Palestine: Peace Not Apartheid”, the publication of which prompted mass resignations from the Carter Center. He has met numerous times with leaders of the terror group Hamas, whitewashing their genocidal goals and undermining US efforts to isolate Hamas. And Carter’s record of slandering Israel is so voluminous that both CAMERA and Alan Dershowitz have written books refuting his lies.

It is disingenuous of the Cardozo administration to justify its decision to allow the event to go ahead in the name of “academic freedom”.  If a student journal at Cardozo were to invite David Duke to bestow an honor upon him, rest assured that Cardozo administration would not have remained aloof on the matter. By honoring Carter at a bedrock of the American Jewish community, Cardozo administration not only betrays the values of honesty, integrity and truth but it betrays its community of supporters who rightfully view Jimmy Carter as anathema to the aspirations of the Jewish people and the survival of the State of Israel. 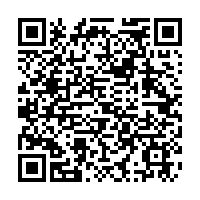