For those who love Israel, the ability to describe the look and feel of the place feels imperative. How can anyone who hasn’t been to Israel recognize the vast beauty of the tiny space?

Karen Lehrman Bloch felt that imperative and, with a career of looking at, cataloguing and curating beauty, undertook a quest to mine and then share the beauty of the Holy Land. Bloch’s quest was in itself an act of beauty: the process of culling

exceptionally gorgeous pictures of Israel developed into ever-deeper understandings of Israel’s essence, and an embrace of the many different ways in which Israel is beautiful.

The result of Bloch’s journey is an incredible, ethereal, upliftingly soulful work of art, Passage to Israel, (Skyhorse Publishing). The book is being launched at an exhibition starting Thursday, Nov. 17, at the Anderson Contemporary Gallery, in the South Street Seaport at 180 Maiden Lane in New York City. Bloch’s many years as a curator of beauty honed the skills essential to conveying the beauty of Israel in a dramatic and stunning book.

Passage to Israel is divided into four chapters: Land, Light, Life and Soul. These divisions are a welcome refusal to cleave the land into parochial categories, either geographically or religiously. Bloch also

rejected banal beauty, the postcards from the Holy Land kitsch. The fading sunlight playing through the clouds and fog over a wave-breaker in Tel Aviv, or a bicycle race along the Dead Sea – each picture in Passage to Israel is a delight and a surprise.

In more than 200 photographs taken by 35 photographers, not one gives fuel to the misguided but widespread belief that Israel is a militaristic nation defined entirely by the conflict. Perversely, it was the 2014 Gaza War which drew Bloch’s focus to

Israel. A neophyte on social media, the hatred and ugliness expressed there towards Israel eventually inspired Bloch to find a form of healing through what she knows best: beauty.

“I wanted to put something beautiful and positive out there about Israel,” she told the JewishPress.com. Bloch’s previous books, The Inspired Home: Interiors of Deep Beauty and The Lipstick Proviso: Women, Sex & Power in the Real World, both dealt with aspects of beauty. She felt up to the task.

Five of the photographers whose work is featured in the book will be at the launch scheduled for this Thursday.  And Mattisyahu, the Grammy-nominated Israeli singer, will be performing. Bloch explained that Mattisyahu was, “in many ways integral to the book. He uses his poetic, often soulful lyrics to touch people both emotionally and spiritually. That’s what I want these images to do.”

When Bloch saw that the gallery where the launch is being held, she knew she wanted him to perform on opening night.

The “Passage to Israel” exhibition runs at the Anderson Gallery from Nov. 17 through Jan. 6, 2017. Bloch plans to take the exhibit to cities such as Los Angeles, Palm Beach, Washington, D.C., Chicago, Toronto, London and Berlin. The exhibit will have its final showing in Jerusalem, sometime next year. 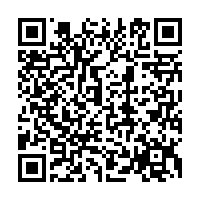