Thousands of Arab mourners on Sunday filled the streets of the Sair and Surif villages near Hebron, in Judea, for the funerals of two terrorists who were killed by Israeli forces in October, after stabbing attempts. The Israeli authorities delivered the bodies of Raed Jaradat, 22, and Mahmoud Ghneimat, 20, to the Palestinian liaison department early Sunday morning, and the remains were transferred to the Hebron public hospital before they were taken to their hometowns for burial.

Palestinian Authority Chairman Mahmoud Abbas, in a radical deviation from protocol, ordered to conduct military funerals for both terrorists. Abbas also ordered that the families of the terrorists receive financial grants.


In another diversion from protocol, the PA Chairman permitted flying the yellow

Hamas flags at the funerals, even though in Hebron, whose Arabs are strongly affiliated with the rival organization, there is a ban on raising Hamas flags.

Meanwhile, the northern branch of the Islamic Movement joined the anti-Jewish incitement, when, during a sermon given by the head of the faction, Sheikh Raed Salah, who is about to start serving 11 months in prison for incitement, said, “If protecting Al-Aqsa is terrorism, then, Allah, make me a terrorist.”

Rumors are Allah has already done that.

According to Ma’an, around twenty Arabs have been killed in the Hebron district since the beginning of October, most of them shot dead during stabbing attacks on Israeli military. The attacks, which used to catch the IDF soldiers unprepared, apparently have lost the element of surprise by now; also, the easing of the rules of engagement are making it safer for Israeli soldiers to defend themselves without fear of prosecution. 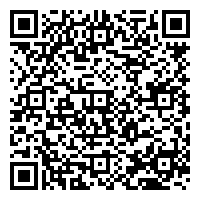