Attorney Menashe Yaddo from the legal aid society Honenu recently served Peace Now with a letter demanding financial compensation over defamation, following the publication of false information in a Peace Now report on the settlements in Judea and Samaria, Haredim1 reported Sunday.

Three years ago, Yariv Oppenheimer, secretary general and spokesman for Peace Now in Israel, issued a statement during a press conference that a comprehensive survey conducted by Peace Now showed that it is possible to cut some $410 million from the government budget for the settlements in Judea and Samaria. To dramatize his announcement, Oppenheimer waved an oversized novelty check before the cameras.


Now it appears that at least some of the data published by Peace Now were, according to Honenu, lies. And Honenu is demanding to be compensated for defamation: the report in question suggested that the regional councils in Judea and Samaria, which are supported by the national government, endowed Honenu in 2010 with a total of $18,000, which the Peace Now report stated appeared in the Honenu financial statement, but Honenu insists had never happened.

Honenu insists that the false indictment has impacted them, because the organization is supported by donors only, and is not helped by any official body in the state of Israel, including the regional councils in Judea and Samaria, and the publication created the impression that the organization benefits from illegal funds.

Following attorney Yaddo’s initial request, Peace Now removed the offending section from one of the reports offered on their website, but, according to him, the organization never responded to his letter and did not formally apologize for their mistake.

Recently, Yaddo again sent a letter to Peace Now, this time demanding about $25,000 in compensation, as well as explanations regarding the false reporting and a public apology.

“The release of the report caused significant damage to [our] organization, which had to clarify to its donors that the report was false, and that Honenu receives no assistance from the authorities but exists only on funds from donors,” wrote Attorney Yaddo, adding that “the report in general taints the Settlements agencies and among other things presents Honenu as an organization endowed with public funds which are transferred illegally by [Judea and Samaria umbrella organization] Yesha Council.”

“It now turns out that the report by Peace Now is infected with crass lies, and this may not be only [baseless] vilification by the ‘comprehensive and reliable,’ so to speak, report,” Shmuel (Zengi) Medad, CEO of Honenu, told Haredim1, adding, “We will continue to assist IDF soldiers, members of the security forces and civilians who find themselves in legal distress following the activities of anarchists and radical leftists from Israel and abroad.”

“As Jews, we demand from the Peace Now people to start conducting themselves with their faces turned at their brethren, the most righteous nation in the world, and to stop fueling today’s Sodom and Gomorrah,” Medad declared. 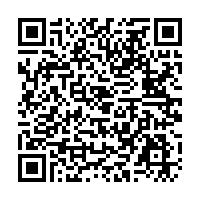