A graduate student who is a member of UAW 2865 filed an appeal with the UAW International in Detroit in March 2015. The UAW website does not, as of Thursday morning, reflect the change, but Dean Schramm, President of AJC’s Los Angeles Region, was quick to “applaud the UAW International for its moral and responsible decision, which nullifies last year’s deeply misguided graduate student workers’ resolution targeting Israel.” Scherman added, “The role of the UC Graduate Student Union is to improve the working conditions of UC graduate students, not to engage in polarizing political propaganda and misinformation promoted by the BDS movement, which seeks to delegitimize Israel’s right to exist.”


AJC had previously condemned as counterproductive approach to Middle East peace the UAW 2865 pro-BDS resolution when it was adopted a year ago. The resolution called on the University of California and UAW International to divest from companies doing business in Israel and to boycott Israeli academic institutions.

The UAW website does feature a disturbing “Open Letter from Jewish Officers and Members in Support of Divestment,” which repeats the common BDS verbiage against the Jewish State, and concludes with military advice: “Additionally, we affirm our belief that Israel’s current siege of Gaza does not make Jews safer in Israel or around the world.”

The UAW may want to reconsider keeping that note online, as well as the victorious, “Student Workers at the University of California Support Palestine: UAW 2865 Joint Council Prepares for Membership Vote on BDS,” and an earlier item, titled “Anti-Oppression Committee: Update from the Palestinian rights movement.”

Incidentally, plugging the words “Syria,” “Saudi Arabia,” “Hezbollah,” even “Darfur” yielded not a single reference to the atrocities associated with those names, while the name “Israel” brought up eight separate articles. Which conflicts with the statement made by those UAW Jewish members: “An injustice anywhere is an injustice everywhere and none of us is free until all of us are free. As Jews, we understand from our own experiences with discrimination and our own history of resistance to oppression that standing on the right side of history necessitates standing in solidarity with Palestinians.”

And only with Palestinians. 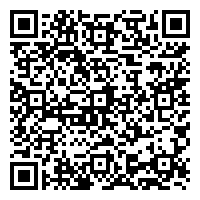