People who don’t know him, might consider Capt. Ziv Shilon, an unlucky man.

A year and a half ago, Shilon was serving in the Givati Brigade of the Israel Defense Forces. As he checked the security fence near Kissufim on the border with Gaza, an explosive device went off. The 25 year old commander lost his right arm.


Shilon’s left hand was also severely wounded, and he sustained widespread burns from the terrorist attack. Shilon endured many surgeries since the attack.

‘I remember losing one hand and then seeing the other one crushed. I held one hand with the other. I put myself into the car and told the paramedic to use a tourniquet,” Shilon told reporters from his hospital bed.

But those who know Capt. Shilon know that he believes himself to be a lucky man. Shortly after the incident that so badly damaged him, Shilon sent a message to the soldiers serving in his unit. He told them he loved them and that he was feeling great.

“It is just amazing to receive all of this love. There is nothing to fear. The IDF is strong and will prevail in any situation. This kind of thing happens. Part of the job is to risk our lives in order to protect the citizens of Israel,” Shilon said in his message.

Just three months after the terrorist attack, Shilon was reunited with his company’s soldiers to perform a task his injuries had delayed. He helped to distribute to them their combat pins.  The words he shared with his soldiers that day are magnificent.

“On the day that I was injured, I received an additional challenge: To stay alive and to recover as much as I was able, in order that one day I would merit commanding good people like you one more time.

You are required, as a handful of our best sons, to take a break from your lives and give of yourselves, all for one purpose: that the State of Israel, the Jewish State, will continue to exist, and things like the Holocaust and anti-Semitism will never happen again. ‘He who neither slumbers nor sleeps will guard over Israel’ (Psalm 121:4). My dear soldiers, rise up and succeed, congratulations and thank you for an incredible time.”

That event was shared only with the soldiers in his company. And they already knew what kind of human being Shilon was.

Now many more people will know about Shilon’s resilience, the very happy outlook he has, and his willingness to share joy with others.

On Thursday evening, Feb. 27, Shilon was a featured speaker at the Friends of the IDF Greater Miami Chapter Gala.

The theme of the dinner was “Saluting the Women of the IDF.” Shilon took the opportunity to expand on that message.

Before the 1,000 FIDF supporters at the dinner, Shilon asked his girlfriend to come up to the stage. Then he said,

We, the combat soldiers, are not the only ones who are doing a great job, but so are our wives, sisters, mothers and girlfriends who support us and give us the opportunity to serve Israel. FIDF says that our job is to protect Israel; their job is to give us the reason. I wanted to take this opportunity to ask my girlfriend, Adi, just one question. You are my hope, my rock, and my everything. I wanted to ask you, will you marry me?

As Shilon said the words, his girlfriend, Adi Sitbon, beamed and then hugged her fiance.

The FIDF Gala was held at the Westin Diplomat Hotel in Hollywood, FL, and raised over $3.3 million for the well being of IDF soldiers.

66 Israeli Heroes Share a Message for 66 Years of Israel 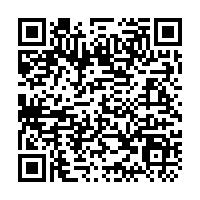