Thousands of protesters are converging on Tahrir Square from points around Cairo to rally against President Mohamed Morsi’s constitutional declaration. One protester has died after inhaling teargas, Egypt Independent reports.

Dozens of parties and civil society groups called for the protests after Morsi’s declaration last Thursday which gave him tyrannical powers and declared the Constituent Assembly and the upper house, the Shura Council immune from judicial review.


A march that began in the Shubra neighborhood north of Cairo, led by former presidential candidate Khaled Ali, arrived in the square late Tuesday afternoon.

The old chants of the revolution were back in loud roars, as protesters were shouting, “The people want to bring down the regime,” as well as newer slogans such as, “Bread, freedom, down with Constituent Assembly.”

As he watched the march pass, one passer-by said, “It’s over. Tahrir is already full; Morsi will fall tonight.”

Protesters stressed that their large numbers fly in the face of the Brotherhood’s claim that they represent the majority, chanting, “They said we’re a minority, we showed them a million-man march.”

Coalition coordinator Ehab Moussa said, “Morsi’s latest decisions harm the tourism sector and investments in Egypt. Investors will run away after their trust in the Egyptian judiciary is shaken.”

University students and retired officers were also present in the square, and a Wafd Party march led by party head Al-Sayed al-Badawy had set off from its headquarters towards Tahrir.

“The constitutional declaration is an assault on statehood and the rule of law,” said Mohamed Shaaban, a lawyer. “The president is seeking seize all powers, but the people will not remain silent until he moves back.”

Meanwhile, dozens of Muslim Brotherhood students distributed statements at Ain Shams University reading, “The main goal of the recent constitutional declaration is Egyptians’ interests, in order to hold retrials of protesters’ killers and allocate pensions to the injured and martyrs, as part of their rights.” 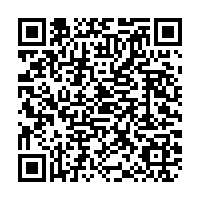