A book of fairytales that was once owned by Anne Frank has been sold at auction in New York for $62,500 by the Swann Auction Galleries on East 25th Street. The book is a German language copy of the 1925 edition of “Grimm’s Fairy Tales,” including Snow White and Hansel and Gretel. Anne Frank wrote her name and her sister Margot’s on the first page.

According to a spokesman for the auction house, the auction included half a dozen potential buyers and lasted a minute.


Anne Frank’s “The Diary of a Young Girl,” which she wrote in an attic in Amsterdam from June 1942 to August 1944, hiding from the Nazis, has sold more than 30 million copies and translated into 67 languages. She dies in Bergen-Belsen in 1945. The Grim Brothers book was left behind in the Frank apartment when the family moved to their hiding place. It was bought by the Museum of World War II near Boston.

Kenneth Rendell, the museum’s founder, told the New York Times he plans to make the book would a centerpiece of the museum’s Holocaust collection, which includes other personal possessions belonging to members of the Frank family, alongside what he calls “very human pieces” from other concentration camp victims. These include the concentration camp pajamas worn by Josef Wolski, a prisoner in Auschwitz, Mauthausen and Buchenwald, and a chess set, made from rye bread by a prisoner at Auschwitz for an SS guard. The King piece on the brown German side was crafted to resemble Hitler. 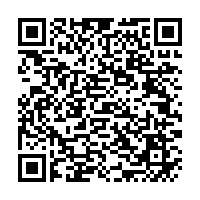