Another synagogue was again vandalized on Friday night in Bat Yam, adjacent to Tel Aviv, in the sixth anti-Semitic attack on a synagogue in the city in the past month.

“We came to the synagogue, and were deeply distressed to find it vandalized. It really tears up my heart. The police came and saw the damage, but announced that nothing can be done”, one member said. ”


“If this would happen to a mosque or church the world would be reeling with rage. The police must put an end to this before a real tragedy occurs. This must stop,” another added. Thousands of Arabs and Christians live in the area.

Last Wednesday, crosses were spray-painted at the entrance to the nearby Ohel synagogue, and swastikas and crosses  were painted on the walls of synagogues and windows were broken in previous attacks.

Members of the Ohel synagogue, which was established by Holocaust survivors, staged a protest rally on Thursday against desecration of the synagogues.

“The police come, take statements and shoot photos, but none of the terrorists have been caught yet” one of the congregations members said.

After vandals struck the Ohel synagogue twice a month ago, synagogue official Miki Moskowitz told Channel 2,  “I am certain that if settlers had sprayed hate slogans on a mosque, that Public Security Minister Yitzchak Aharonovitch would immediately be interviewed on any available podium” to condemn the attack. “Since this was done in Bat Yam, no one cares,” he added.

‘My Israel’, an extra-parliamentary Zionist activist group, issued the following statement in response to these recent attacks, “All acts of vandalism are ugly, in the Shomron as well as in Bat Yam. The media must awaken and become active and ‘biting’ as they can. These incidents in Bat Yam should be treated by the government, police and media with the same magnitude as they are in the Shomron.” 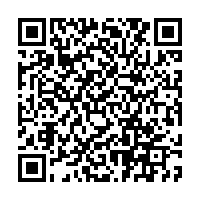