The CNN/ABC television journalist Christiane Amanpour has been the focus of numerous exposes for her repeated gratuitously nasty and false reporting on Israel and about religious Jews and Christians.

Back in August, 2007, Amanpour hosted a three part CNN series on “God’s Warriors.”  Each segment of the series focused on the “extremists” of a different one of each of the three major monotheistic religions: Jewish, Christian and Muslim.  Amanpour equated the Jewish and Christian fundamentalists with the fundamentalist Jihadi Muslims.  In the segment on “God’s Jewish Warriors,” Amanpour focused on the Jews living in Judea and Samaria, and those in the United States who financially support them.


Andrea Levin, the widely respected executive director of the Committee for Accuracy in Media for Middle East Reporting in America (CAMERA) described Amanpour’s reporting in that series as, “the most poisonously biased and factually shoddy feature to air on mainstream television in recent memory.”

Throughout, Amanpour hammers the claim that Jewish settlements violate international law and she seeks to paint this position as a universally accepted view with a lopsided parade of like-minded commentators.

Yet apart from any judgement about the political advisability of building or not building settlements, many legal scholars argue these communities are, in fact, legal and do not violate Article 49 of the Fourth Geneva Convention as the detractors claim …  But not one scholar of this viewpoint is given voice in a two-hour feature largely devoted to decrying settlements and their residents.

Now ABC has chosen Amanpour to host a two part series called “Back to the Beginning.” In this series, ABC describes Amanpour as traveling to the land of the biblical stories from Genesis to Jesus.

Using the Old Testament as a guidebook, “Back to the Beginning” peels back the layers of history and faith that has inspired billions. Amanpour, the veteran war correspondent, wanted to investigate the roots of those stories that have created so much conflict, and at the same time so much of the healing she has seen across her career. It is an extraordinary journey through the deserts and cities of the ancient world, to the historical and pilgrimage sites associated with the epic tale that is the backbone of Judaism, Christianity and Islam today.

But perhaps Amanpour’s anti-Israel bias has abated.  It’s been more than five years since her last foray into an exclusively religious focus on the Middle East.  Not bloody likely, as her reporting from the Middle East about the recent Hamas-Israel conflict confirms.

Rather than the result of Hamas’s escalating rocket attacks on Israel – more than 130 in the 72 hours before Israel finally responded – Amanpour described the eight day military exchanges as caused by Israel ratcheting up the conflict.

Amanpour presented Israel’s Pillar of Defense as an offensive move, and the “first target was Ahmed El Jabari, a military chief of Hamas, the Islamic political party that governs the Gaza Strip which Israel and the West call a terrorist organization.”

Israel and the West recognize Hamas as a terrorist organization, while Amanpour’s description of Jabari made him sound like a noble Indian chieftain, rather than the mastermind of dozens of Israelis’ deaths, including small children, and of the kidnapping of Gilad Shalit whose release in exchange for more than 1000 Arab Palestinian prisoners catapulted Jibari to Hamas leadership.

In this upcoming series, Amanpour is going to be looking at the “historical and pilgrimage sites associated with the epic tale that is the backbone of Judaism, Christianity and Islam,” according to ABC’s press release.  The series is likely to be promoted as fact-based, but Amanpour’s history gives little comfort to those who fear it will be wildly dismissive of Jewish and Christian claims, and naively accepting of Muslim claims.

The ABC series “Back to the Beginnings” will air on Friday evenings, Dec 21 and Dec 28. 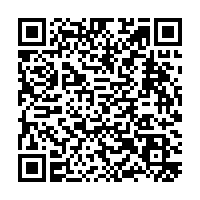