A convoy of bulldozers arrived on Tuesday morning at the outskirts of the Arab village Al-Mofkra near the town of Avigail and demolished a mosque that had been built illegally. The mosque was built by the villagers, members of the Hamada clan, in violation of a court settlement and as a challenge against legal construction in Avigail, Jewish Voice reports.

The mosque demolition followed a Regavim movement’s appeal to the Supreme Court, after the movement’s field coordinator, Oved Arad, had determined that the Arabs built the mosque illegally. These same Arab villagers had gone even further and continued to build and pave the mosque despite the explicit prohibition by the judges.


At the hearing on the petition a month ago, the Supreme Court justices urged the Civil Administration to demolish the mosque as soon as possible. President of the Supreme Court Justice Grunis even gained some notoriety at the time, when he joked that illegal structures in Judea and Samaria should be “killed when they’re young.”

The Regavim movement released a statement saying “the law should be kept regarding the Palestinians, too. The demolition of the mosque is a warning to the residents of Al-Mofkra and the entire South Hebron Hills, that they must obey the law and build only in designated areas.”

Regavim officials said they “will continue to document Palestinian delinquency, and each illegal construction will be handled in the judicial and public arenas.” 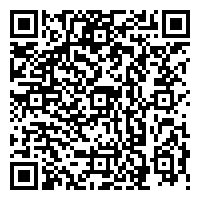