A Palestinian Arab has been arrested by the Civil Administration of Judea and Samaria and the Customs Authority for attempting to smuggle 70 ancient coins from Jordan into Judea and Samaria.


The suspect was apprehended during a security check at the Allenby Bridge crossing, while returning to Judea and Samaria from Jordan.

According to an expert, it’s estimated that these ancient coins were minted in the 5th or 6th century BCE in Greece, Cyprus and Antalya, and are among the first in the world.

The suspect was taken to an archaeological unit in the Civil Administration and later transferred to the Israel Police.

The staff officer of the Civil Administration’s Archaeology Unit, Hanania Hezmi, said “These are rare archaeological findings that constitute an important piece of history.

“We see with great severity attempts to smuggle historical findings of any kind,” he explained. “We will continue to work around the clock against the trade in historical artifacts and the eradication of the illegal phenomenon.”

Hezmi confirmed that the suspect was transferred to the law enforcement agencies for continued prosecution.

Antiquities theft and smuggling is a known phenomenon that has plagued ancient sites across Israel, especially Judea and Samaria, for years.

In July, a supervisor from the Civil Administration’s Archaeology Unit and IDF forces caught three Palestinian Authority Arabs with metal detectors and digging tools, robbing the Sebastia archaeological site. Sebastia is the Biblical city of Samaria, which served as the capital of the kings of Israel for hundreds of years. The men were sentenced to 36 days in prison.

In May, Israeli Border Police arrested a 30-year-old for antiquities looting in the ancient Christian pilgrim graveyard at Akeldama, located in Jerusalem’s Hinnom Valley and associated with one of Jesus’s 12 apostles, Judas Iscariot.

In January, a resident of the Negev Bedouin village of Bir Hadaj was arrested for looting more than 150 Byzantine-era coins from numerous nearby archaeological sites, while in December 2017, members of the Archaeology Unit of the Civil Administration arrested a large group of antiquities thieves who broke into a burial cave in Khirbet Ma’on, southeast of Hebron. 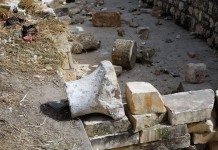 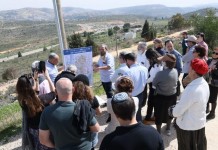 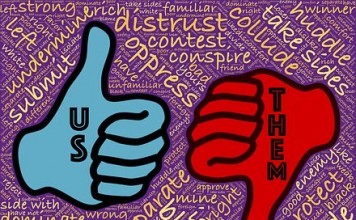 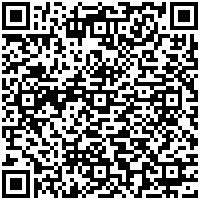