Dr. Eilat Mazar is all about Jerusalem; specifically the Ophel and City of David. Some of the most important 21st century finds have been on her digs, putting her in the spotlight of Biblical Archaeology- and accompanying controversies. She speaks candidly with Eve about her childhood with grandfather, Benjamin, one of the first official Israeli archaeologists, and his colleagues; her excitement at finding ancient bullae of King Hezekiah and the Prophet Isaiah, David’s palace and the gold Jewish menora medallion of the Byzantine period. Warm, unassuming, a consummate professional who’s passionate about her work, Dr. Mazar tells of challenges digging in a city at the heart of so many issues, and of discoveries yet to come.

Watch: The Jerusalem Elite 2600 Years Ago Preferred Wine with Touches of Vanilla 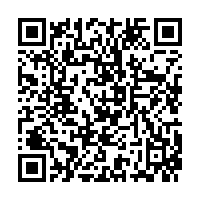