The United Nations Fund for Children (UNICEF) on Saturday denounced fighters in Syria for endangering children in the bloody civil war which has gripped the country for almost two years.

Over 60,000 people have been killed since the battle between President Bashar Assad and opposition to his rule began in March 2011.  Included in that number are an estimated 3,500 children.


“Media reports today (Friday) from the scene of mass killings in the village of Hasawiya outside Homs said whole families were among the dead in horrific circumstances,” said Maria Calivis, UNICEF regional director for the Middle East and North Africa.

The Syrian Observatory for Human Rights reported that last Monday saw 31 child victims across the country.

On Tuesday, it was unclear whether President Assad or rebel forces were responsible for two blasts at Aleppo University which killed 87 people, including many students.  An estimated 100 civilian were killed in army operations in Homs province that same day as Assad loyalists swept through, torching homes and killing people, according to reports.

On Thursday, at least 7 girls were killed in aerial attacks on southern Damascus.

On Friday, two car bombs exploded in southern Syria killing at least 12 people.  One severely damaged a building in Aleppo while the other targeted worshippers at a mosque in Daraa. 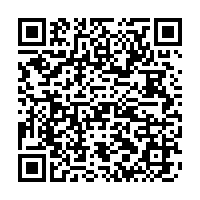