The smell of election fraud in Beit Shemesh is beginning to stink so much that residents may get a chance to flush the sewage and vote a second time for a mayor, perhaps without phony voters.

Attorney General Yehuda Weinstein is considering an appeal to the courts to order new municipal elections in the city in the wake of deepening suspicions by police investigators of widespread fraud among Haredi backers of incumbent Mayor Moshe Abutbul.


The Justice Ministry told Israel Radio, which reported on Weinstein’s concerns Monday, that the attorney general is following the police probe and will issue a decision in several days concerning an appeal to the courts. A court order to cancel elections and hold a re-run is rare but not without precedent.

Jewish Home hollered ”foul” and raised questions whether Abutbul’s voters really were the same people who cast the ballots.

A police raid on two homes before the elections last month uncovered 250 false identification cards that people intended to use to cast extra ballots.

Eight people were arrested, and police found several hats in the homes, indicating that people had intended to change their appearance to represent people who were not in the city at the time of the voting.  Supporters for Jewish Home candidate Cohen also accused Shas activists of throwing out some ballots that had been cast in favor of Cohen.

Police investigators have discovered that the alleged fraud ran far and deep, and Israel Radio said there are suspicions that many more people were involved.

Beit Shemesh has been deeply divided over the past several years between local secular and national religious communities on one side and Haredi and extreme Haredi groups on the other.

The bitterness in the city has caught brought unwanted international attention to Beit Shemesh, which has a large number of Americana and British immigrants.

Violence and hate attacks reached the point where one Haredi man spat on a young girl, daughter of American olim, who eventual left the city. 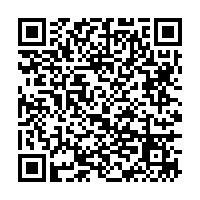