During the hilula (yahrzeit celebration) of the Baba Sali, Rabbi Israel Abuhatzeira, in Netivot on Wednesday, Israel’s Chief Sephardi Rabbi, Rabbi Yitzhak Yosef, used the occasion to attack the public national religious school system. He argued that “to set up a mixed school where boys and girls learn together is against halacha and against the Torah. How can you educate small children of nine, ten, and even younger, in a mixed school?” he asked. To support his point, Rabbi Yosef related a story about how his late father, Rav Ovadia Yosef, who also served as Sephardi Chief Rabbi, enlisted the support of the Baba Sali in preventing the establishment of an “NRP school” in Netivot. They succeeded, and did not allow a religious mixed school in Netivot.

A quick search online reveals one public-religious (Netivei Noam) and one public-secular (Rabin) in Netivot, with coed classes. But Education Minister Naftali Bennett (Bayit Yehudi), who also happens to be the chairman of the modern day successor of NRP (National Religious Party), did not miss the opportunity to put the chief rabbi in his place.


“In order to promote one lifestyle, there’s no need to ban another,” Bennett responded on Thursday. He told Walla that “we must respect the children of Israel of all colors and stripes, which is my policy as everybody’s education minister. I am proud of this wondrous education system through which so many dedicated people have grown.”

The bad blood between Bennett and Yosef goes back to the days when the late Rav Ovadia was still alive, when the Sephardi party, Shas, appeared to place the Bayit Yehudi new leader in its crosshairs. The called him “a political rookie and a dreamer,” and described his religious education as coming down to a few “scraps of songs, crushed grains of dust.” Then the Shas spiritual leader Rav Ovadia made big headlines when he said, “They call themselves the ‘Jewish Home’ but this is not a home for Jews; it is a home of goyim [gentiles]. They want to uproot the Torah, to institute civil marriage. It’s forbidden to vote for them. These are religious people? Anyone who votes for them denies the Torah.”

Then, more recently, Rabbi Yitzhak Yosef went after Bennett for his visit to a Conservative school in the US, saying it is forbidden for a Torah observer to enter such a place. Bennett responded that he is not the kind of politician who rushes to the Council of Torah Sages with every decision.

In all of these clashes, the first punch has come from Shas and its man in the Chief Rabbinate, while Bennett has restricted himself to just responding to the attacks. He even voted in favor of Shas Chairman MK Aryeh Deri returning to his old post at the Ministry of the Interior, from which he had to resign in disgrace on account of having been convicted of bribery and sentenced to jail. So why is the Sephardi Chief Rabbi so persistent in taunting Netanyahu, always unprovoked? It could be that Bayit Yehudi is vying for the same broad voter pool as does Shas, and the chief rabbi’s mission is to erode the successful and popular leader’s religious status. The result is not pleasant, to say the least, and Bennett inevitably comes out looking reasonable and liberal-minded, while Yosef looks like a man aching for a fight.

Isi Leibler wrote on Wednesday in Israel Hayom: “Current Ashkenazi Chief Rabbi David Lau and his Sephardi counterpart, Chief Rabbi Yitzhak ‎Yosef, represent the antithesis of the Chief Rabbinate created 90 years ago by Rabbi Abraham ‎Isaac Kook, who strove to unite the nation. … The current incumbents are narrow-minded bureaucrats completely dominated by the most ‎extreme ultra-Orthodox elements who seek to impose their stringent religious interpretations ‎upon the entire nation. … Today these rabbis are creating significant tensions throughout Israeli society by their lack of ‎compassion and the inflexibility in which they administer issues relating to personal status. As a ‎monopoly, they are able to wield their power and ignore the current conditions facing Jews in ‎a modern Jewish state and instead they impose the most rigid interpretations.‎” 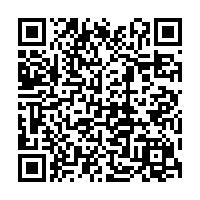