For months, people in the New York City area have been watching media reports of a violent craze known as the “Knockout Game.” In this ugly fad, thugs attempt to knock out a random victim with a single punch, usually while the assault is being videotaped. The videotape of the attack is then widely shared, and the assailant gains that elusive currency of “street cred.”

People have wondered why, given that the vast majority of victims in the New York City area have been Jewish, the attacks have not been officially labelled “hate crimes.”


The following story provides a near perfect example of what kind of evidence would be required before an attack can be labeled a hate crime.

On Nov. 24, Barrett, of suburban Houston, Texas, allegedly punched the victim, laughed, and said “knockout,” as he fled the scene. The victim was hit with such force that he immediately fell to the ground. The victim suffered two jaw fractures for which he had to have metal plates inserted, and was hospitalized for several days as a result of the attack.

The assault and Barrett’s glee was allegedly captured on Barrett’s cellphone, which he allegedly showed to others. According to the complaint, Barrett attacked the elderly man because of the man’s race and color in what Barrett called a “knockout.”

In addition to the claimed contemporaneous audio and video of the actual crime, there were other indicia of Barrett’s animosity towards African Americans, some of which was also captured on videotape.

For example, the complaint against Barrett states that he made several videos in which he identified himself, made racial slurs, and talked about the “Knockout Game.” Barrett was also recorded on a video saying, “the plan is to see if I were to hit a black person, would this be nationally televised?”

“Hate crimes tear at the fabric of entire communities,” said Acting Assistant Attorney General Samuels.  “As always, the Civil Rights Division will work with our federal and state law enforcement partners to ensure that hate crimes are identified and prosecuted, and that justice is done.”

The criminal complaint was filed under seal Dec. 24, 2013, and unsealed today upon Barrett’s arrest, according to a U.S. Department of Justice statement.   He is expected to make an initial appearance before a U.S. Magistrate at 10:00 a.m.

“Suspected crimes of this nature will simply not be tolerated,” U.S. Attorney Kenneth Magidson said in a statement. “Evidence of hate crimes will be vigorously investigated and prosecuted with the assistance of all our partners to the fullest extent of the law.”

Because the victim’s race was part of the motive behind the attack, Barrett is being charged with violating the Matthew Shepard and James Byrd Jr. Hate Crimes Prevention Act. 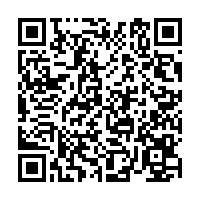