One hundred of the thousand or so convicted terrorists that are hunger striking in Israeli jails have already quit their hunger strikie, according to an 0404 report.

In addition, sugar and salts have been found in some of the prisoner cells indicating they’ve been secretly noshing.


The government has made it clear they won’t negotiate with the convicted terrorists. Public Security Minister Gilad Erdan said they can hunger strike as long as they want.

It would be interesting to learn if the BBQ outside of Ofer prison helped break them. 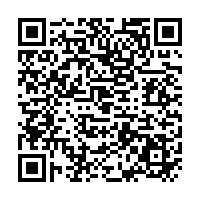