Grilling the food just outside the prison walls, the delicious smell wafts through the prison… and their intention is to taunt the convicted PA terrorists who are hunger-striking to receive 5-star accommodations and privileges.

PA terrorists imprisoned in Israeli jails started a “hunger strike” in protest to Israel’s decision to reduce security prisoner privileges — such as no longer being able to receive FREE (paid for by the Israeli tax payers) Education, including University degrees and Post Doctorate degrees.

Despite receiving far more benefits than many petty-crime prisoners around the world, the convicted PA terrorists insist they deserve free education, almost unlimited family visitation rights and more. As a result — they have started a hunger strike which bothers much of the media in Israel and around the world, and encouraged the NY Times to provide Op-Ed space to convicted mass-murderer Marwan Barghouti (and initially leaving out the part that he is a convicted mass murderer).

The terrorists in Gaza who currently hold the bodies of IDF soldiers offer no privileges to Israel, such as the Red Cross verifying that the bodies exist, nor did they ever let the Red Cross see IDF soldier Gilad Shalit, whom they held imprisoned for 5 years.

We at the Muqata, who are long time BBQ aficionados, hope that the BBQ bash is a success and the hunger strikers fail miserably in their attempts to receive any benefits.

Update:After a bit, the police ended the BBQ and ordered everyone to leave. 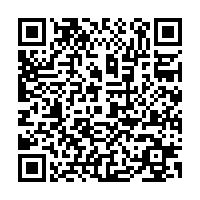