The app, which is available though Israel’s Apple store, will assist journalists covering the visit and allow Israelis to receive real-time updates, including video streaming. It will be available shortly for Android.

The app was announced Sunday at a preparatory meeting ahead of Obama’s visit to Israel later this month. Representatives from the Prime Minister’s Office, the president’s residence, the Foreign Ministry, the Defense Ministry, the Israel Police, the JerusalemMunicipality, Ben-GurionInternationalAirport and other agencies attended the meeting. 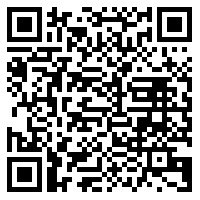