Archaeological excavations conducted by the Israel Antiquities Authority in the area of the Gihon Spring in the City of David, in the Walls around Jerusalem National Park, have unearthed a layer of rich finds including thousands of broken pottery shards, clay lamps and figurines. Most intriguing is the recent discovery of a ceramic bowl with a partially preserved inscription in ancient Hebrew. While not complete, the inscription presents us with the name of a seventh century BCE figure, which resembles other names known to us from both the Biblical and archaeological record (see examples below) and providing us with a connection to the people living in Jerusalem at the end of the First Temple period.

This fascinating find will be presented at Megalim’s Annual Archaeological Conference which will take place on Thursday, August 29th in the City of David.

Israel Antiquity Authority archaeologists Dr. Joe Uziel and Nahshon Zanton, who discovered the bowl while excavating remains associated with the First Temple period destruction, explained that the letters inscribed on the shard likely date to the 8-7th centuries BCE, placing the production of the bowl sometime between the reign of Hezekiah and the destruction of Jerusalem under King Zedekiah. The archaeologists also explained that the inscription was engraved on the bowl prior to firing, indicating that the inscription originally adorned the rim of the bowl in its entirety, and was not written on a shard after the vessel was broken.

While the purpose of the inscription on the bowl is unclear, archaeologists have posited that the bowl may have contained an offering, likely given by the individual whose name was inscribed on the bowl, or alternatively given to him. Inscription Analysis

The first letter of the ceramic bowl’s partially preserved inscription in ancient Hebrew script is broken and is therefore difficult to read, but appears to be the letter ר. The next three letters יהו constitute the theophoric suffix (the component in which the name of the deity appears as part of the first name, such as Yirme-yahu and Eli-yahu, etc). These letters are followed by בנ (the son of) after which appears the patronymic name composed of the three letters בנה. According to archaeologists Uziel and Zanton, “If we consider the possibility that we are dealing with an unvowelized or ‘defective’ spelling of the name בניה (Benaiah), then what we have before us is the name “…ריהו בן בניה”

Many of the first names mentioned in the Bible contained the theophoric component יהו, as is the case of this inscription from the City of David. Besides the biblical references, other examples of this have also been found in archaeological excavations, written on a variety of objects such as seals, bullae, pottery vessels or even carved on rock. Noteworthy among the many names that end with the theophoric suffix יהו are several prominent examples that were previously discovered in City of David by Professor Yigal Shiloh, such as Gemar-yahu the son of Shaphan, Bena-yahu the son of Hoshayahu, etc. which were also found in the destruction layer and the ruins of the Babylonian conquest. 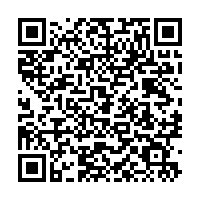